Lasers could lead to better understanding of neurodegenerative conditions

Boulder researchers are embarking on a new project to study the progression of neurodegenerative diseases such as Alzheimer's by using a new technique to measure neurons firing deep inside animal brains. 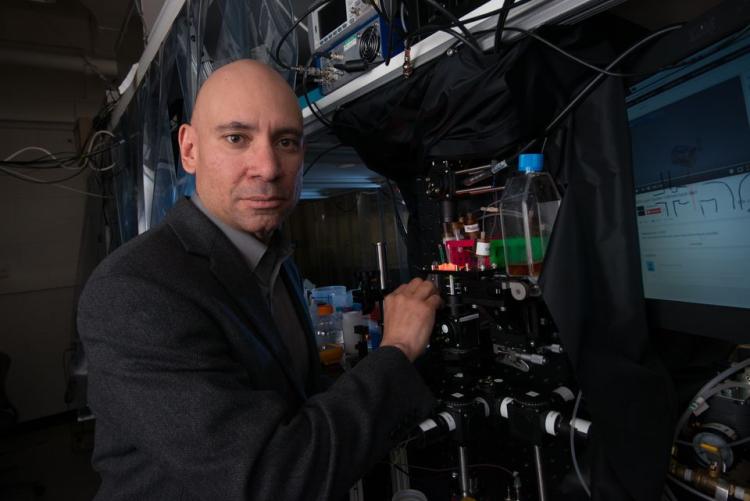 Eventually, the scientists hope, the research could lead to earlier diagnosis and better treatment options.

The effort is funded by a $6.5 million competitive grant from NIST’s Innovations in Measurement Science program. Other project scientists include Marty Stevens and Thomas Gerrits of NIST’s Boulder laboratories as well as Marcus Cicerone at the NIST laboratories in Gaithersburg, Maryland. In addition, the effort will involve CU Boulder postdoctoral students and graduate students from both the physics and the chemistry and biochemistry departments, said Jimenez.

“In order to make progress in this field, scientists need to be able watch neurons when they are performing tasks like learning, memory and perception,” said Jimenez, also an associate adjoint professor in CU Boulder's Department of Chemistry and Biochemistry.

What you need to know

“This new capability could revolutionize the ability of scientists to learn more about conditions like Alzheimer’s and Parkinson’s disease, he said. “The aim is to enable diagnosis of neurodegeneration before it becomes fatal.”

The new laser microscopy technique, which scientists hope can be carried over from mouse to human research, involves shooting pairs of photons, or packets of light, deep into brain tissue. The photons will then be absorbed by mouse neurons that have been genetically engineered to emit a different color of light during the interaction.

The emitted light, which emerges from a focused laser spot microscopic in size, will then be collected and scanned to create a 3-D image of the brain’s inner workings. Jimenez said it will be possible to create “movies” of the process using these packets of light.

Today, researchers using lasers to image neurons in a mouse brain are only able to penetrate a millimeter or so into the brain tissue before the high-power laser light is scattered by tissues, which is a huge obstacle, said Jimenez. The new technique will allow deeper penetration without heating or damaging neurons. Researchers will ultimately be able to access brain regions of mammals where learning and memory occur.

“If we can see how Alzheimer’s happens in real time at the neuron level, for example, scientists can begin thinking about designing drugs or other interventions,” Jimenez said.

“We are looking at this like a ‘moonshot’ project,” he said. “With sufficient funding and momentum, dramatic advances can happen quickly.”