Gene defect in hereditary forms of the neurological disorder results in manganese poisoning inside cells.

A new X-ray study has revealed one of the key mechanisms behind certain familial-parkinsonian disorders. The study demonstrates in detail how poisoning with the metal manganese occurs inside a cell, leading to parkinsonian symptoms. It found that a specific genetic defect results in manganese accumulating in the cell’s so-called Golgi apparatus.

This has been demonstrated in experiments at DESY as well as the European Synchrotron Radiation Facility ESRF in the French town of Grenoble. The scientists working with Richard Ortega from CNRS, the French National Centre for Scientific Research, at the University of Bordeaux, report their results in the journal ACS Chemical Neuroscience. “An exact understanding of this manganese poisoning is a crucial step towards designing possible therapies,” Ortega emphasises. 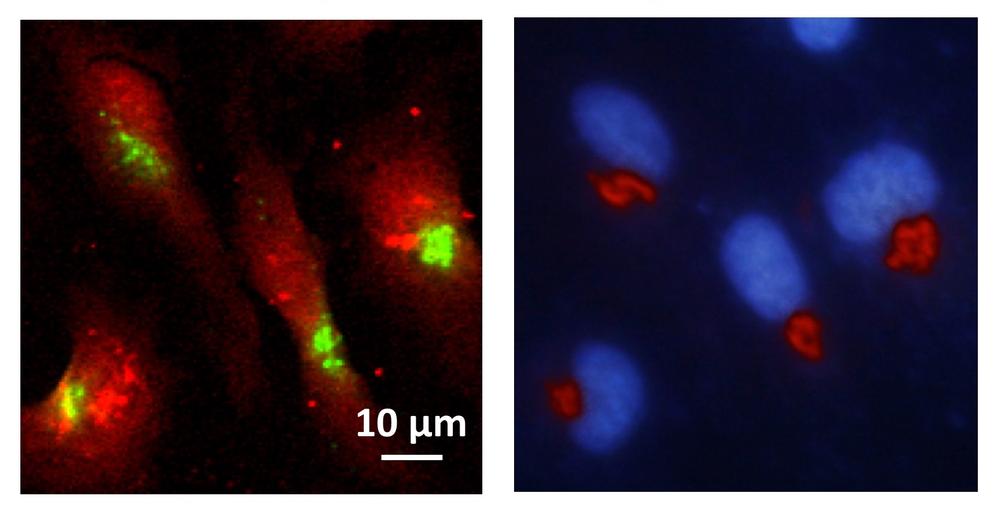 Parkinsonism is a syndrome that includes a group of disorders affecting the nervous system, which lead among other things to a characteristic tremor known as shaking palsy. Globally, one person in a hundred over the age of 60 is affected by Parkinson's disease. In most cases, it is not possible to determine what brings on the disorder.

Apart from Parkinson's disease, there are a number of symptomatic parkinsonian syndromes that can be triggered by very different causes. For instance, manganese, although essential in small concentrations, is thought to be a possible cause of certain types of the neurological disorder in higher concentrations.

The team of scientists headed by Ortega had been studying a mutation in the SLC30A10 gene previously identified in a series of cases of familial Parkinsonism, which appears to lead to genetically inherited disorders. “SLC30A10 is responsible for transporting manganese out of the cell,” explains Somshuvra Mukhopadhyay from the University of Texas in Austin, one of the co-authors, who identified this function of the gene and the corresponding protein in an earlier study. “In the mutated form, this transport is disrupted so that toxic concentrations of the metal accumulate in the cell.

The scientists wanted to find out where exactly the manganese was collecting inside the cell. “We used a fine X-ray beam, which causes the metal to fluoresce, to scan a multitude of mutated and non-mutated cells,” reports co-author Kathryn Spiers from the P06 beamline at DESY’s X-ray source PETRA III, where the first experiments were conducted. “We found that manganese lit up particularly in the Golgi apparatus of the mutated cells,” explains Asuncion Carmona, the project leader in Ortega’s team. The Golgi apparatus is an organelle within the cell which acts as a dispatch centre for proteins: it receives the protein molecules from the endoplasmic reticulum, modifies some of them and then attaches the equivalent of an address label for their further dispatch. The proteins are then carried off in tiny sacs known as vesicles.

Their destination can be either inside or outside the cell. Additional experiments at the European Synchrotron Radiation Facility ESRF showed that the manganese collects principally inside the transport vesicles. The scientists suspect that this disrupts protein transport out of the cell, in particular, which in turn impairs nerve function and leads to the observed parkinsonian symptoms. A corresponding accumulation of the metal was not observed in the Golgi apparatus of healthy cells.

Gerald Falkenberg, who is in charge of DESY’s P06 beamline, noted:

“This study benefited especially from the possibilities offered by the different research radiation facilities. […] Whereas the consequences of the genetic mutation were first established at DESY, where we could scan a large number of healthy and mutated cells with the bright beam of PETRA III at our set-up, we were then able to hone in on the precise location of the manganese deposits in a small number of mutated cells using high-resolution imaging at the ESRF.”

So far, the researchers have studied just one of several known mutations of the gene in question, using so-called HeLa cells. This cell line is extremely widely used in research and has become something of a standard in cell experiments. HeLa cells have been used in a broad range of studies, from testing polio vaccines, through genetic mapping, to product tests. However, they are cells taken from the outer tissue (epithelium) of a cancer tumour. The scientists therefore point out that it would be interesting to next study this manganese accumulation in more detail in suitably mutated nerve cells.