A new compound based on Iridium, a rare metal which landed in the Gulf of Mexico 66 M years ago, hooked onto albumin, a protein in blood, can attack the nucleus of cancerous cells when switched on by light, University of Warwick researchers have found. 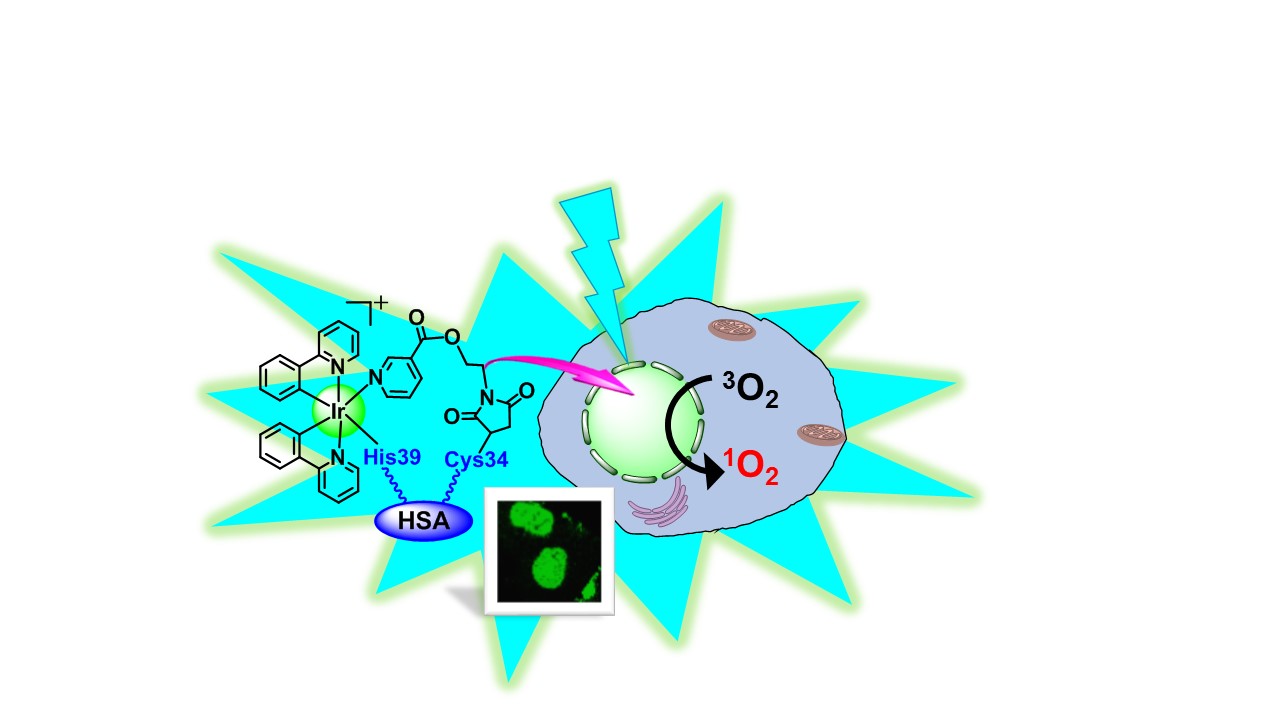 The treatment of cancer using light, called Photodynamic therapy, is based on chemical compounds called photosensitizers, which can be switched on by light to produce oxidising species, able to kill cancer cells. Clinicians can activate these compounds selectively where the tumour is (using optical fibres) thus killing cancer cells and leaving healthy cells intact.

Thanks to the special chemical coating they used, the Warwick group was able to hook up Iridium to the blood protein Albumin, which then glowed very brightly so they could track its passage into cancer cells, where it converted the cells’ own oxygen to a lethal form which killed them.

Not only is the newly formed molecule an excellent photosensitiser, but Albumin is able to deliver it into the nucleus inside cancer cells. The dormant compound can then be switched on by light irradiation and destroy the cancer cells from their very centre. 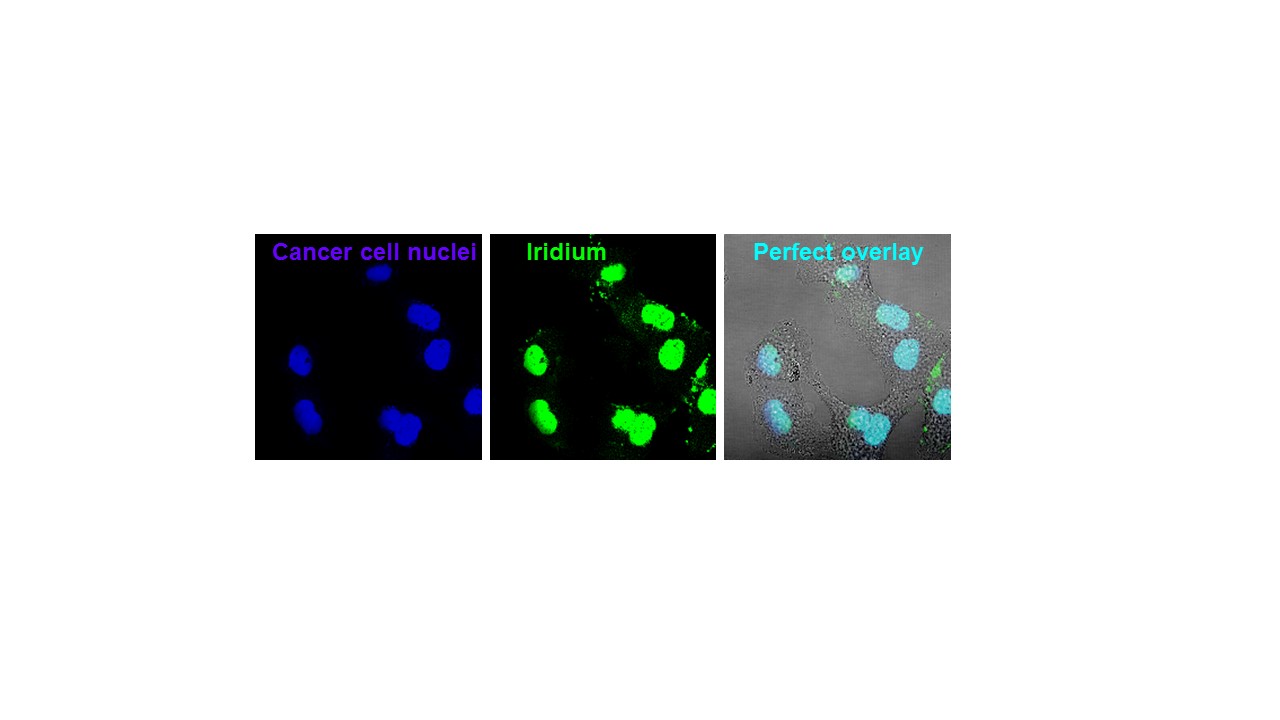 The bright luminescence of the iridium photosensitiser allowed its accumulation in the nucleus of tumour cells and its activation leading to the cancer cell death to be followed in real time using a microscope.

Professor Peter Sadler, from the Department of Chemistry at the University of Warwick comments:

“It is amazing that this large protein can penetrate into cancer cells and deliver iridium which can kill them selectively on activation with visible light. If this technology can be translated into the clinic, it might be effective against resistant cancers and reduce the side effects of chemotherapy”

Dr Cinzia Imberti, from the University of Warwick comments:

“It is fascinating how albumin can deliver our photosensitiser so specifically to the nucleus. We are at a very early stage, but we are looking forward to see where the preclinical development of this new compound can lead.”

“Our team is not only extremely multidisciplinary, including biologists, chemists and pharmacists, but also highly international, including young researchers from China, India and Italy supported by Royal Society Newton and Sir Henry Wellcome Fellowships.” 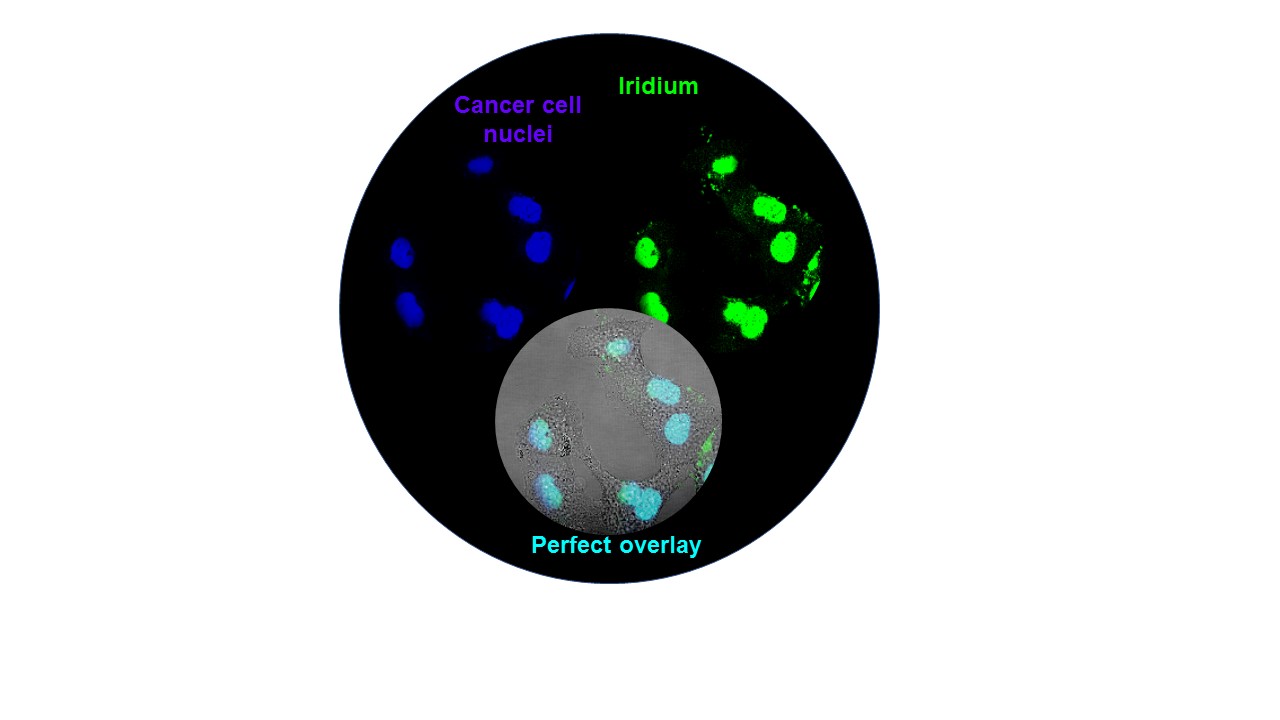