Wake-Up Call: Cellular Sleep Isn't As Harmless As Once Thought

New research into the mechanics of cellular sleep and shutdown could shed light on the aging process and how to potentially intervene. 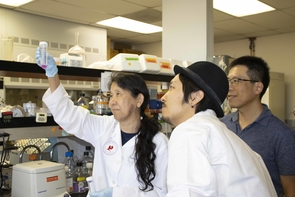 A University of Arizona-led research team challenged the traditional understanding of cellular sleep and discovered new information that could lead to  interventions in the aging process.

As we age, more and more of our cells enter a coma-like state, called senescence, and can no longer divide. Accumulation of senescent cells impairs normal tissue function, which further promotes aging. The team found that, contrary to traditional understanding, as cells fall into deep sleep, they risk slipping into complete shutdown.

“Before, people thought cells slept to protect themselves from going into a coma-like state, thinking these two things are opposite,” said paper co-author Guang Yao, associate professor in the Department of Molecular and Cellular Biology, who leads the lab that produced the research. “But we have demonstrated that sleep has different levels, and if it goes too deep, it will eventually go into a coma-like state of shutdown.”

Many cells in our body, on the other hand, exist in a sleep-like state, called quiescence. These cells can be woken up to divide in response to a trigger, like a wound, for example. Reversible quiescence is critical to tissue repair and stability.

Researchers also discovered that patterns of gene expression can signal just how deeply a cell is sleeping. Learning to manipulate the depth of cellular sleep could lead to aging interventions.

“If you understand the mechanics of aging, you might be able to reverse or slow it,” said Kotaro Fujimaki, doctoral student and first author on the paper published today in the peer-reviewed journal Proceedings of the National Academy of Sciences of the United States of America, or PNAS.

Alternatively, when the researchers cranked up this cellular recycling function, they observed reduced cellular stress. The cells also progressively moved into a shallower sleep, making them easier to reawaken and divide.

“By changing this recycler function, we can modulate the depth of cellular sleep,” Fujimaki said.

By analyzing how gene expression patterns changed as cells go into deeper sleep, the team created a predictive model able to assign cells sleep depth scores between 1 to 10, which can be applied to various cell types. Using this model, the team also identified cells in the coma-like state and undergoing aging. This suggests that cells in deep sleep share similar gene expression features as those in shutdown and aging.

Like a dimmer switch, cellular sleep ultimately exists on a spectrum of cellular function between on-state (division) and off-state (shutdown), a new paradigm proposed by the research team.

“The dimmer controls how difficult it is to wake the cell back up for tissue repair and regeneration,” Yao said.

The researchers believe revealing the dimmer switch that connects deep cellular sleep to the coma-like shutdown lays a foundation for developing novel strategies – by sliding the dimmer up – to slow aging.

Other University of Arizona co-authors were Kimiko Della Croce, an assistant staff scientist in the Department of Molecular and Cellular Biology, and Hao Helen Zhang, professor of mathematics. Also participating in the research were Ruoyan Li, Hengyu Chen and Bai Fan of Peking University, China; and Jianhua Xing of the University of Pittsburgh.

This work was supported by grants from the National Science Foundation, National Institutes of Health and the Chinese National Science and Technology Major Project and the Guangdong Province Key Research and Development Program.