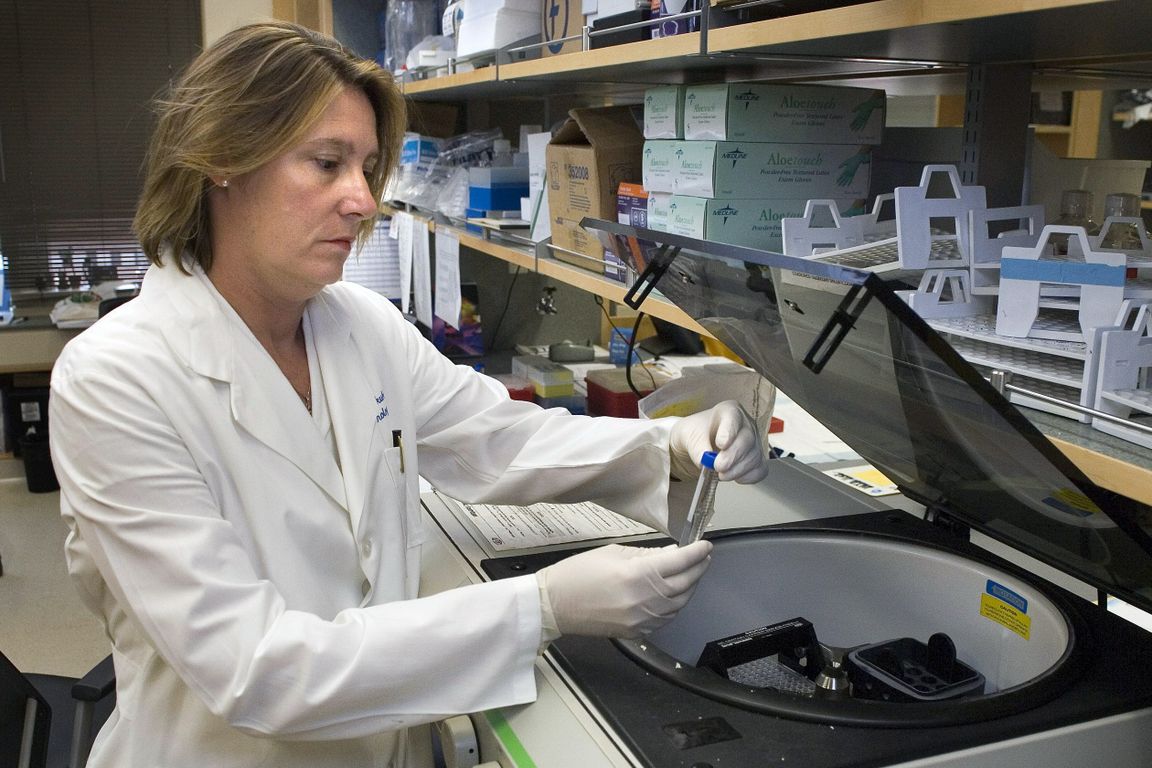 UCLA scientists have discovered one reason why autoimmune diseases are more prevalent in women than in men. While males inherit their mother’s X chromosome and father’s Y chromosome, females inherit X chromosomes from both parents. New research, which shows differences in how each of those X chromosomes is regulated, suggests that the X chromosome that females get from their father may help to explain their more active immune system.

“It’s been known for many years that women are more susceptible to autoimmune diseases than men are,” said lead study author Dr. Rhonda Voskuhl, a UCLA professor of neurology and director of the UCLA Multiple Sclerosis Program who also holds the Jack H. Skirball Chair in Multiple Sclerosis Research. “Figuring out why can help us develop new drugs to treat these autoimmune diseases.”

Autoimmune diseases, such as multiple sclerosis and rheumatoid arthritis, are conditions that affect the body’s ability to fight viruses, bacteria and infections. The problem causes a person’s immune cells to attack the body instead.

Women generally have stronger immune responses than men, with more robust responses to some vaccinations and infections. However, this heightened immune system also makes women three times more likely than men to develop multiple sclerosis, nine times more likely to develop lupus ,and more prone to a host of other autoimmune diseases, Voskuhl said. The effect of sex hormones — testosterone and estrogen — in these differences has been well-studied, but the role of sex chromosomes has been less clear.

In the new work, published in Proceedings of the National Academy of Sciences, Voskuhl and her colleagues focused on differences between the X chromosomes inherited from each parent. They first analyzed expression levels of genes in mice with the male (XY) and female (XX) chromosome set. They identified a handful of immune system-related genes on the X chromosome that are expressed less — producing fewer corresponding molecules — in the immune cells of female mice.

“What we’re talking about here is not mutations that affect gene sequences, but instead signals that affect how the same sequence of genes are differentially expressed in females versus males. These differences would be missed in traditional genetic studies,” Voskuhl said.

The findings suggest that the X chromosomes packaged into sperm and passed from father to daughter may have higher levels of methylation than the X chromosomes passed along in eggs from a mother to her offspring. This methylation dampens the expression of some immune system genes in females, making their immune activity different from males.

“If you can find regulators of methylation that target these differences, you might be able to reduce the immune responses of females to treat autoimmune diseases,” Voskuhl said. “Going forward, when one considers sex as a biologic variable in diseases, it can lead to new treatment strategies.”

More work is needed to determine whether the same is seen in humans as mice and whether the methylation differences lead to measurable differences in autoimmune disease risk. Voskuhl said the new research is an important step toward better understanding sex differences in disease, a goal that the National Institutes of Health underscored the importance of in 2016 when it mandated that researchers “consider sex as a biological variable” in their grant applications.

The first authors of the study are graduate student Lisa Golden and associate researcher Yuichiro Itoh, both of UCLA.